Christina Lara's cancer had spread to her spine. Because minimally invasive surgery for children with cancer is now possible through a partnership between El Paso Children's Hospital and University Medical Center of El Paso's Interventional Lab, Dr. Chetan Moorthy, a pediatric interventional radiologist at El Paso Children's Hospital, in consult with Dr. Nassim Akle, a UMC radiologist and Assistant Professor of Radiology at Texas Tech University Health Sciences Center El Paso, was able to perform a radiofrequency ablation (RFA) to destroy a metastatic tumor in the spine of 16-year-old Cristina.

Radiofrequency ablation is a minimally invasive treatment image-guided technique that heats and destroys cancer cells. The new equipment available at UMC's I-Lab uses a 3D navigation system that allows the interventional radiologist to steer a needle to the tumor without damaging any healthy tissues. In Cristina's case, Dr. Moorthy was able to get to an area in the back of the bone which typically would be inaccessible without the new technology. The lab uses only low doses of radiation which is important especially for children who are particularly susceptible to radiation's effects. 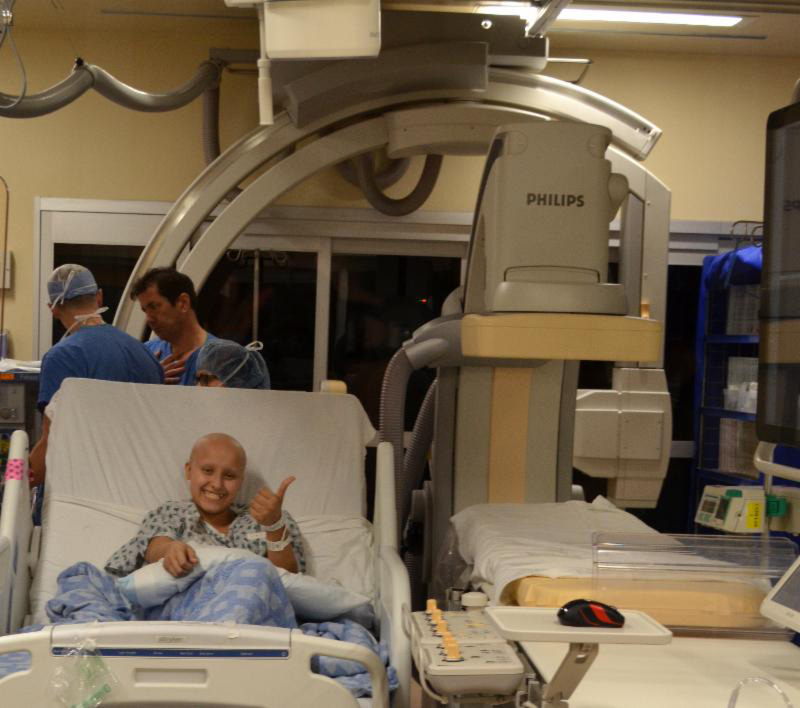 This unique pediatric expertise, only available at El Paso Children's Hospital, and the new technology available at UMC gave Cristina a choice no other El Paso child in her condition has had before.

Prior to this, the choice for a child in her condition would have been which city out of town to go to.  Instead, Christina, is here at home with those she loves and a measurably quicker recover and successful outcome.