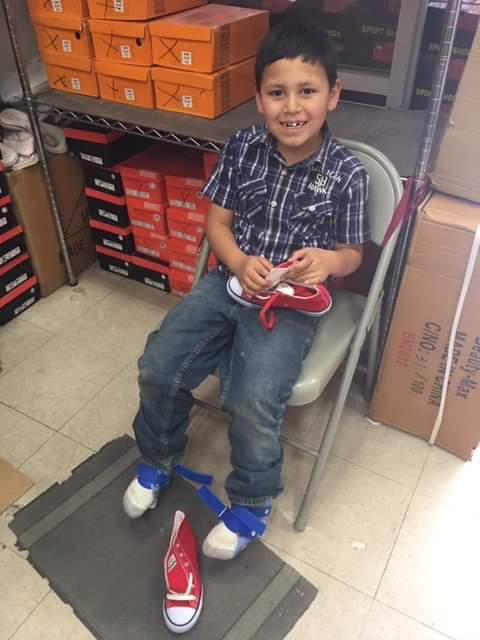 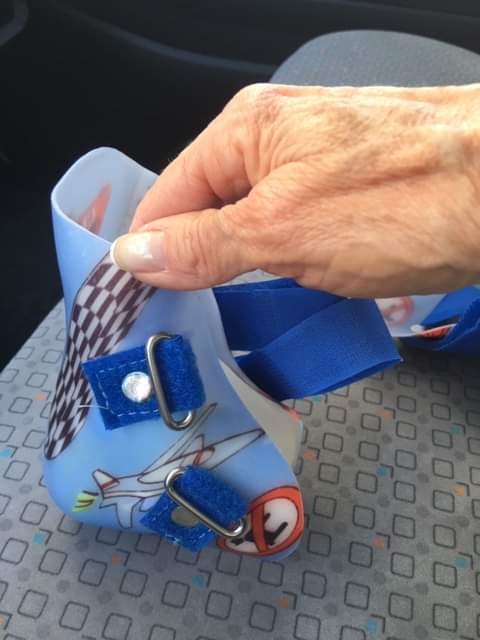 Say hola! to David. He was born with Club Foot. Two years ago he received a life-changing surgery at El Paso Children’s Hospital through the Borderless Giving Program and is now able to wear tennis shoes!

Fabian Calderon of Custom Orthotics and Prosthetics provides braces to our little heroes.

As they awaited the birth of their third son, Pablo, Magali and Andres Mendez were extremely excited. During Magali’s pregnancy, though, no one told her something was wrong with Pablo’s right leg. Pablo was born with Fibular Hemimelia, a birth defect because the fibular bone was missing. The loss of this bone also affected the length of Pablo’s leg and his parents were saddened to be told that Pablo now had what is described as a club foot. The family decided to take Pablo to the Borderless Giving Program’s annual clinic. There they met Dr. Amr Abdelgawad, a Pediatric Orthopedic Surgeon at El Paso Children’s Hospital and today he is walking, both feet forward.

On June, 06, 2015 Borderless Giving hosted a one day clinic at Clinica Medicos de Visas in Juarez, Mexico to select candidates that will receive life-changing orthopedic surgeries through the Borderless Giving Fund/Dar Sin Fronteras funded by El Paso Children’s Foundation. 31 children were selected to receive surgery in the months to come. Over twenty volunteers, nurses and supporters from El Paso and Juarez assisted with transportation, registration, food and entertainment. This clinic was made possible through a generous donation from an anonymous donor.

Jocelyn lives with her parents in Asencion, Chihuahua; 120 miles west of El Paso Texas. She was born with hip dysplasia, unfortunately the doctors in Asencion failed to diagnose Jocelyn’s condition at childbirth. Her parents started to notice something strange in her daughter until she started to take her first steps. Their first reaction was to take Jocelyn to a doctor where they live. But no one was able to help them. Jocelyn’s parents felt they were running out of options to help her daughter. Then, they found out about The Borderless Giving Program.

Zoel Flores is five year old. He is the youngest of two children. He loves racing cars and when he grows up he says he wants to learn karate. He was born with what is called a clubb foot on both his feet. Zoel's parents didn't have any money to go to an orthopedic specialist. thanks to the Borderless Giving Campaign, Zoel received life-changing orthopedic surgery in El Paso Children's Hospital.

Jessica Enriquez was born with diplegic cerebral palsy. This condition is by far the most common type of cerebral palsy. Jessica's mother is a drug addict. When she knew about Jessica's condition, she decided to abandon her daughter, leaving her in the custody of her grandmother.

Because of her condition, Jessica learned to walk at age four, but she developed equinovarus deformity on her right foot, commonly known as club foot. Jessica is now eight years old and thanks to an orthopedic surgery with specialized doctors at El Paso Children's hospital, Jessica is now walking straight.

Leslie Vital is seven years old. She lives in Juarez, Mexico with her parents and her two brothers. Her father works in construction as a bricklayer. Her mother is a housewife. Leslie was born with a right club foot. “When she was eight months old I noticed she wanted to start walking but she had a limp,” said Leslie’s Mother, Maria Rodriguez.

Danna was born with arthrogryposis, a rare physical condition that affects both of her arms and legs. Doctors in Mexico told the Hernandez family that there was nothing they could do to help her. Thanks to the Borderless Giving Campaign, Danna received life-changing orthopedic surgery at El Paso Children's Hospital. She can now sit properly on a wheelchair while going to school. One year after her surgery she started to walk for the first time in her life. 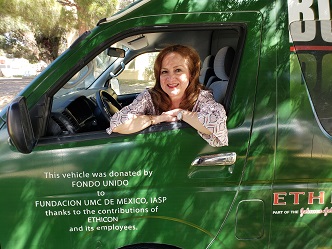