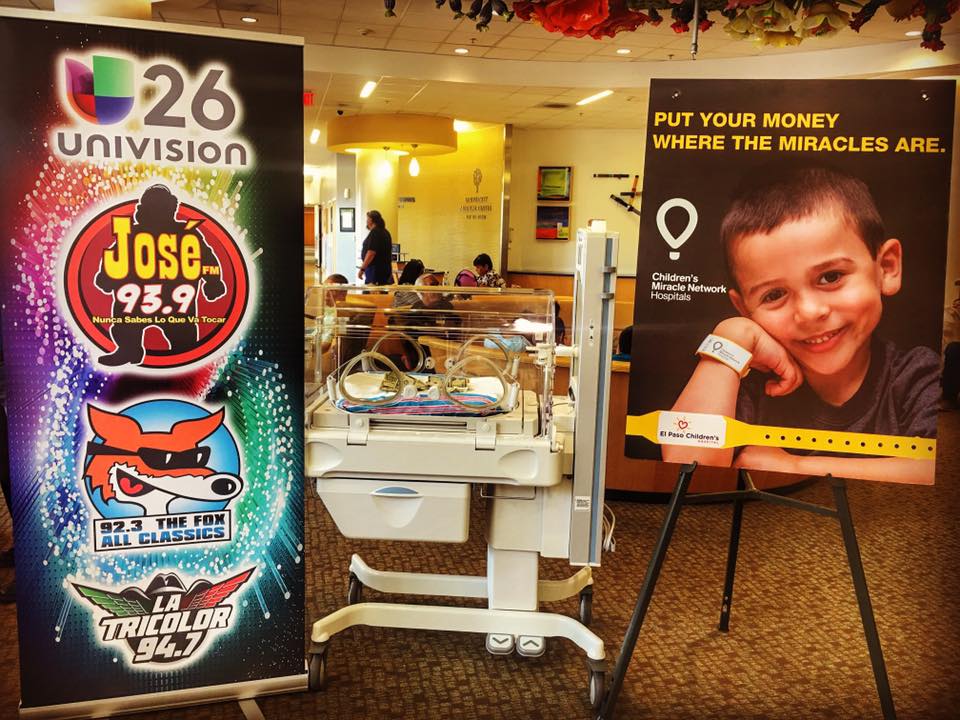 Victor Cruz from 92.3 The Fox opened the Radiothon with his afternoon show airing live from the Main Lobby of the hospital while Spanish television KINT Univision 26 simultaneously broadcasted their afternoon newscast live, too.

The next day, Friday, August 18th, Sarge Preston from 92.3 The Fox aired his morning show live at 6 am in the Lobby hospital and called upon listeners to donate and pledge. Sarge interviewed many staff members from El Paso Children’s Hospital including Dr. Eduardo Rosas-Blu, Pediatric Gastroenterologist, Dr. Prashant Joshi, Pediatric Intensivist, and our very own Dennece Knight, Executive Director of El Paso Children’s Hospital Foundation.

That evening at 5:30 pm, Aldo Acosta, local Weather Anchor for Univision 26, challenged everyone listening to the Radiothon to toss in a $5 bill and the reaction was positive! $3,000 was raised! On the final day of the Radiothon, Saturday, August 19th,  Lucy Galnares and Erika Hernandez of “Las Mitoteras” on 94.7 Tricolor aired live from El Paso Children’s Hospital and talked to two of our CMN miracle families who first hand know the importance in El Paso having a Children's Hospital.

Thank you to the dedicated staff of Entravision Communications for their hard work to benefit sick and injured children at El Paso Children’s Hospital!  Entravision gave 96 hours worth of broadcasting time and raised $50,500, $500 more than their goal.  Every dollar stays in El Paso to support medical research and purchase life-saving medical equipment.