Twenty year-old Giselle Baca has primordial dwarfism; a condition that causes those with it to be very small but in proportion.

Even though it is considered to affect only 100 people worldwide, Giselle and her older sister were both born with this syndrome. Giselle is the smaller of the two. She is 42 inches tall and weighs 30 pounds. The clothes she wears are for children who are about four years old.

“They both have many challenges,” says Lourdes Baca, Giselle’s mother. “Every day things that look very simple to us, they are difficult for them.”

Things like opening a door or getting the milk out of the refrigerator are very hard tasks for her. Another issue with Giselle’s condition is a severe malformation of her teeth. They are crooked and they are loose.

Because of her condition, her teeth do not have roots and they barely hold on to her gums. She knows she can’t eat certain foods. If she bites an apple, it will pull her teeth out.

“We struggle with hard foods,” says Giselle. “We have to cut our food in pieces because my teeth are not strong enough. If we bite something hard, our teeth will break and will not come back.”

For years, the Baca family searched for a doctor who could help them with their daughter, Giselle, and her teeth. Sadly, because of her specific condition, Giselle did not qualify for medical insurance.

After a long process Giselle finally received Medicaid. But, still, Medicaid would not cover her dental problems because they said procedures such as these were considered aesthetic issues. 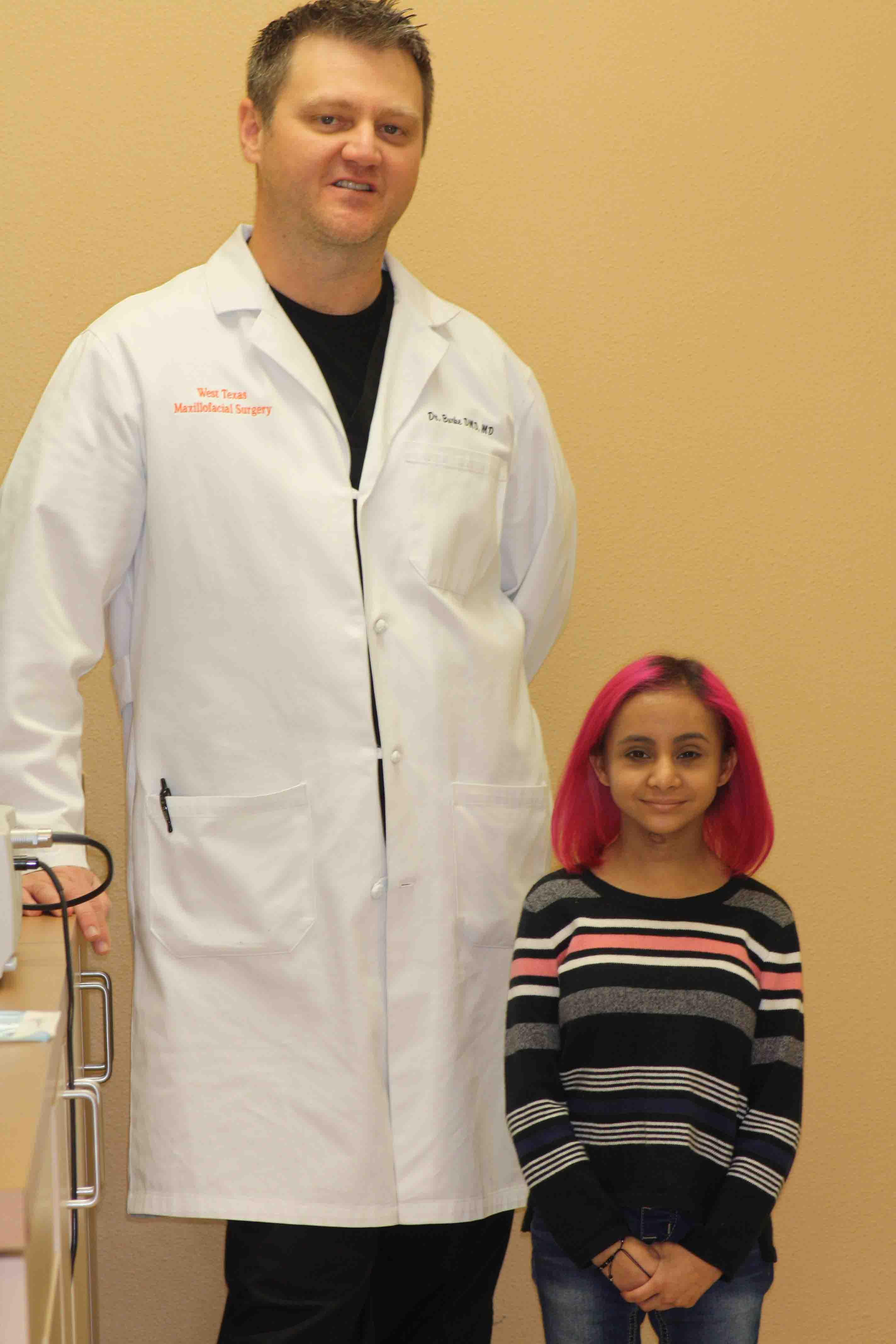 “I was referred by Dr. Alejandro Sosa, a Maxillofacial Prosthodontist here in town.” Says Doctor Burke. “She was having pain when she would chew. Of course her teeth were not cosmetic and she was starting to have infections. So she presented a very challenging case because we needed to get her in a situation where she would have teeth that she could chew with and speak well with, yet, she was very small.”

The biggest challenge was that Giselle was about the size of a 5 year old and dental implants and typical prosthodontics are meant for adult-size patients. It took us about two to three months to develop a treatment plan where we had dental implants that were small enough.

Although Giselle is a young adult, her body reacts like a five year old child's. Therefore she needed pediatric specialists.

Because of the complexity of this case, the only place in El Paso that could provide everything Dr. Bourke needed in order to perform this special procedure was El Paso Children’s Hospital.

Doctor Bourke extracted all of her teeth. “I had to make room in her upper jaw by partially filling her sinuses with bone so that I could put implants in those areas and then I had to move her nerve that gives her feeling to her lower lipping chin.”

There’s not many published reports of doing dental implants in small people whether it’s children or adults. “I was very lucky to have a team and that the Children’s Hospital was willing to take her on. Anesthesiology was very great, and Dr. Sosa was involved because I obviously couldn’t have done it without him.”

Although she is a young adult, she is very small, and this adds a level of complexity to the case in regards to anesthesia, her post-operative care, her pain management, and her antibiotic dosage.

This multi-step process will require more procedures before Giselle can enjoy her new teeth and her new life.