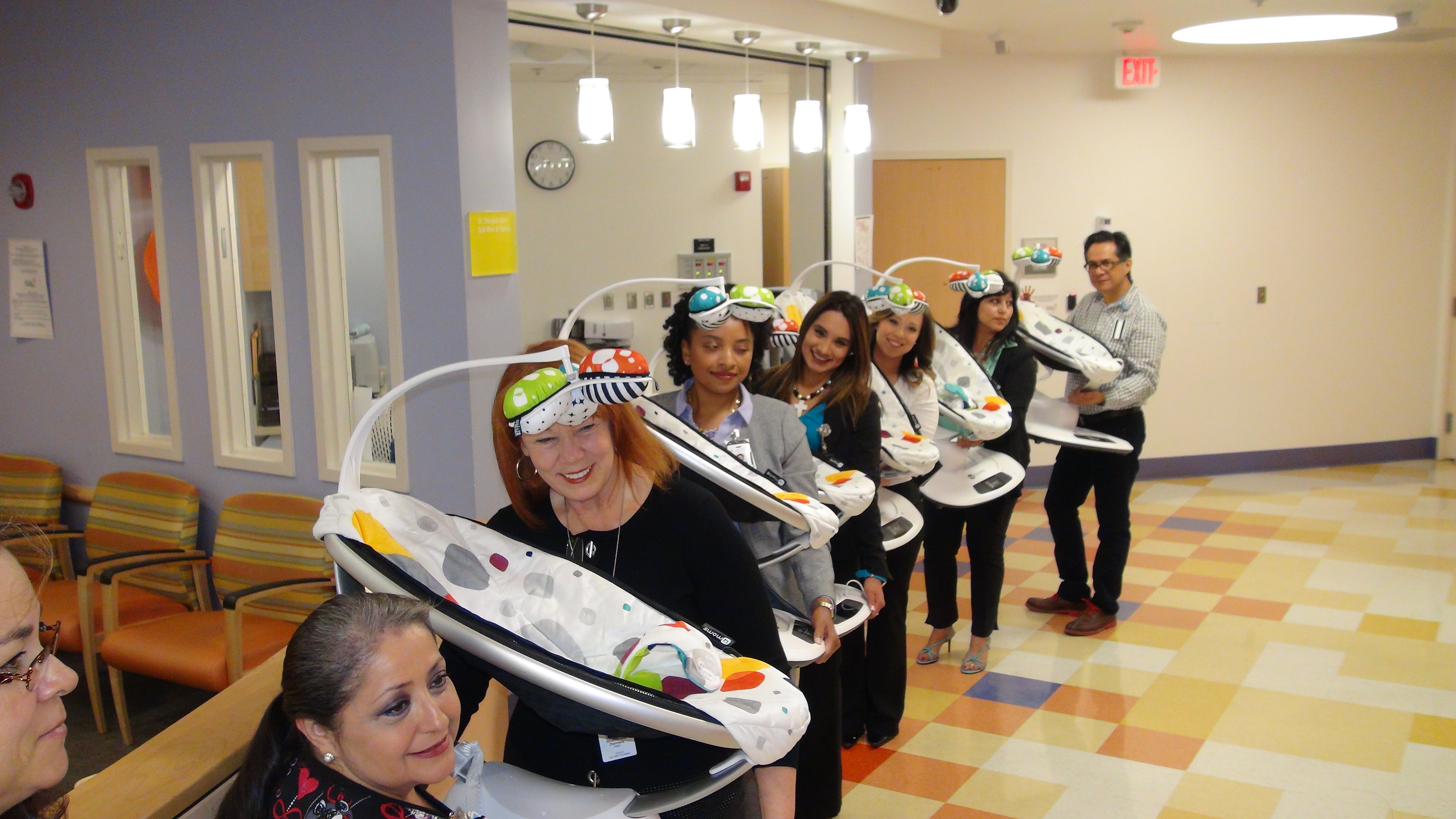 El Paso Children's Foundation granted 10 Mamaroos compliments of Children's MIracle Network to the Neonatal Intensive Care Unit (NICU) at El Paso Children's Hospital.  El Paso Children's state-of-the-art NICU holds up to 52 babies. The modern infant seat assists nurses and encourages NICU parents to interact with their fragile babies.  Nurses can select from five motions with different speeds and connect to any MP3 player to play soothing sounds or music.  The seat reclines to multiple positions to allow the baby to lie back and relax or sit up and play.

"The suggestion came from one of our NICU nurses", said Dennece Knight, Executive Director of  El Paso Children's Foundation.  "The more we looked at it the more we realized that helping the nurses was only one of the benefits. 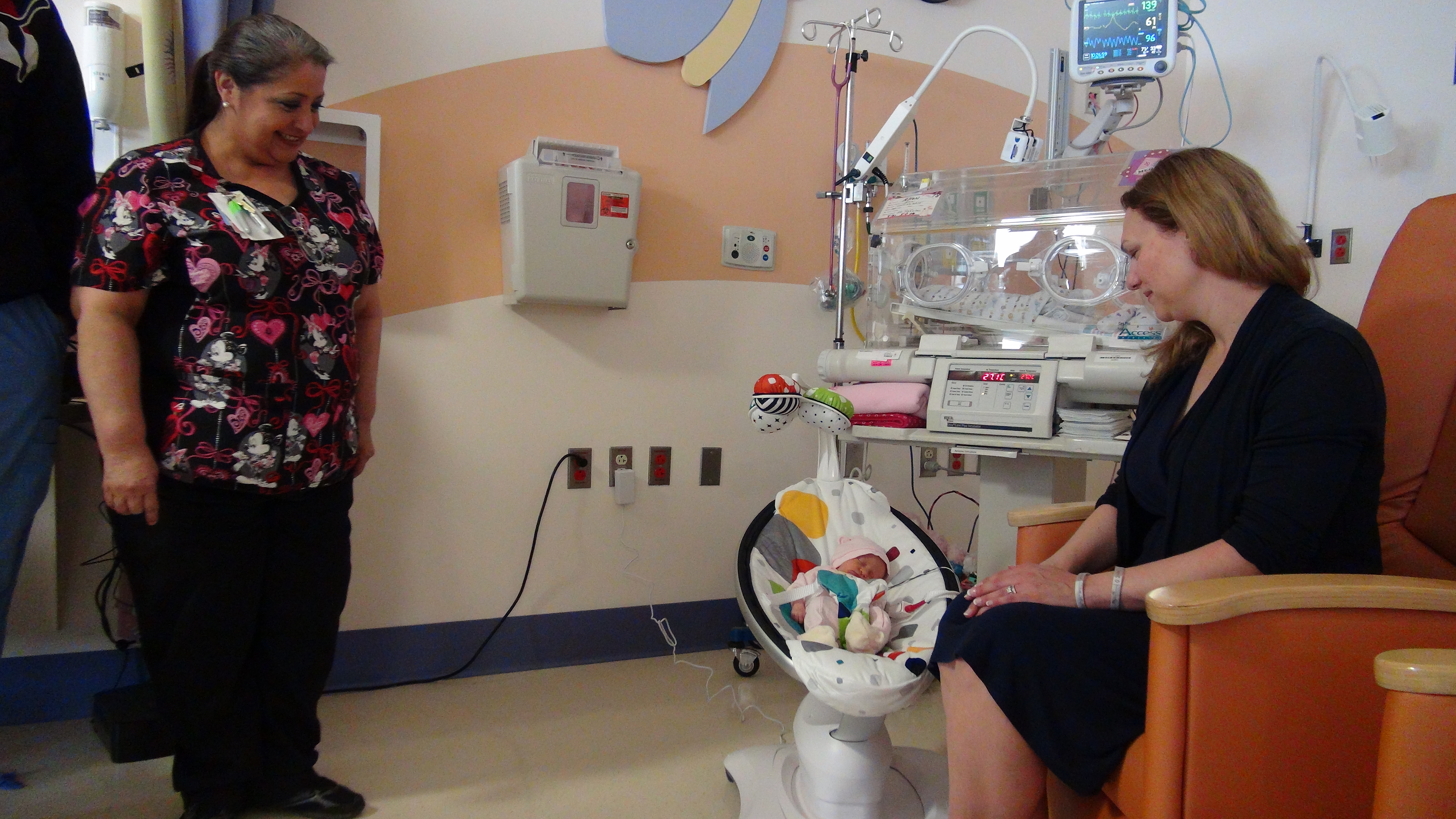 Babies that have just come off of a ventilator are used to a slight vibration.  Mamaroos provide a soothing transition.  Stimulation is very important to neonatal development, NICU parents are sometimes a little scared of their tiny baby connected tubes and equipment.  The Mamaroo provides a fun transition that encourages interaction and, eventually, and even after Mom or Dad have to go to work the baby can still receive a little additional stimulation with soothing movement and music."