Every year, we identify a child with a remarkable medical story. These “Champions” serve as the face for every child treated at our hospital each year. Our Miracle Children and their families serve as Ambassadors to the community sharing their story of hope and healing.

Erica, Andrea's mother was given two options of her daughter’s condition if not for surgery. “Either Andrea was going to die or she was going to be blind,” said Erica. “I had to do it for her. It was very scary. My mom was with me the whole time. We both started crying. She was trying to calm me down and was telling me to leave everything in God’s hands. And that’s exactly what I did.”

Meet Susanita Obregon, our 2018 CMN Miracle Child. Today she is eight years old and a four-time cancer survivor of Acute Lymphoblastic Leukemia, ALL. Ask her how she deals with cancer and she’ll say, “I was born ready to fight!” El Paso Children’s Hospital is a Children’s Oncology Group (COG) member and certified by the National Cancer Institute. We are one of only 210 COGS in the world and offer the latest research and protocols. Thanks to our COG status and the unyielding navigation of her pediatric oncologist, Dr. Lisa Hartman, Susanita is in remission. She wants to go to UTEP to study robotics; learn to color hair, and visit Paris. That’s how children dream: big.

Amanda and Stephen Rushen have a difficult history of pregnancy loss. A few months after they had their 6th miscarriage they found out they were pregnant again. This time Amanda and Steve went to see Dr. Lisa Moore, a
peri-natologist at University Medical Center. Dr. Moore did an abdominal cerclage, to help her pregnancy remain in its place.

It was a Sunday afternoon and Adrian and his friends were celebrating a recent victory from their JROTC competition. They decided to celebrate by going to see a movie and having a burger.

“I remember dropping my son and his friends at the movies”, said Jose Canales, Adrian’s father. “A few minutes later, my phone rings and it was Adrian’s friend telling me  that my son had been in an accident.”

Adrian’s father learned through the distressing phone call that while heading to the movie theater, Adrian had tripped and had fallen over a two-story wall, landing head-first onto the concrete floor. When Adrian’s friends noticed he wasn’t moving, they decided to call his parents as well as 9-1-1.

Rebeca Murga says that it wasn’t easy being pregnant with her first child Brianna. "I have a blood disorder and I had a difficult pregnancy with my baby. So to go through the struggle and finally see my baby when she was born was a great relief."

Unfortunately, for Rebeca and her husband, Luis, that moment was brief. "Immediately after I gave birth, I remember seeing her in the distance while they were cleaning her. They had her belly down and I could see this big bump on her back", said Rebecca staring at the floor.

Five year old Isabelle “Bella” Hernandez has a bubbly personality. She loves to sing and dance, and enjoys fashion. She has blood cancer. Bella's battle began almost in 2011.  She was dancing when she complained to her mother, Amanda Livingston, that she felt exhausted.

Then the high fevers started… "lots of them...up to 104 degrees." Amanda began taking Bella to the pediatrician almost every two weeks for the same symptoms. During one visit, the doctor noticed Bella had bruising on her chin and little spots on her chest.

Vedder Medina is 15 years old. He has played many sports throughout his life but his passion for football has surpassed his passion for other sports. One morning he wakes up with a fever, a fever that started the most difficult time Vedder has ever had in his lifetime.

Alejandra "Alexx" Mendoza was two weeks away from finishing her junior year in High School. She was traveling with her classmates on a compact car when they collided with a sport utility vehicle on May 23, 2011. “I was riding on the right passenger side and I got the worst of it,” said Alexx, touching her head, remembering the day of the accident.

It was Halloween of 2009 and five year old Jack Gallegos was anxiously getting ready to hit the streets to trick or treat. He wanted to be a Bumblebee from the Transformers but as he and his mother, Estella Lopez, were driving to his grandparents’ house. Jack started having severe stomach cramps. “He threw up in the car,” said Estella.  As  Jack's pain kept increasing, Estela's concern grew.

In many ways, Roberto Salcido is a typical 16-year-old. He loves sporting events, video games, talking on the phone with friends, riding bikes and motorcycles. But despite being a teenager in years, Roberto has the body of a 10-year-old boy stemming from a number of birth defects collectively known as Vaters syndrome. At birth, he had only one lung, and his esophagus and stomach were not connected. Years ago, Roberto’s condition was not treatable, and the survival rate was zero. 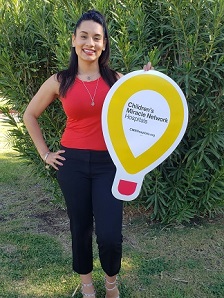 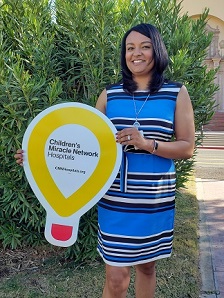